After spending two weeks in New Mexico, we were excited to get to another state. From Los Alamos we headed to Durango, Colorado which we had heard much fan fare about. Durango didn’t disappoint. Cute shops, great eateries, and several breweries supplemented the large number of outdoor activities located just minutes from the downtown area. Additionally, Durango had the best community center of any of the western towns we’ve visited (if you haven’t picked up on a theme yet, we like to seek out libraries and community centers for low cost entertainment for the kids, and something different from the endless hikes).

Durango’s indoor pool included a massive lazy river, aerobics pool, lap pool, spacious hot tub and the largest water slide I’ve ever been down. After Rick’s fifth ride down he said, “I’m just grinning ear to ear the whole way down.” Which I felt pretty much summed it up. All four of us enjoyed endless slides down the twisting tube – especially the Ceej. 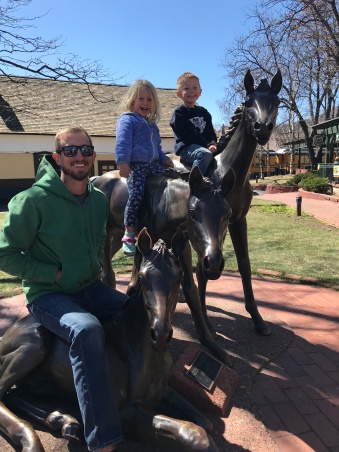 CJ pretending to be a lion on Pride Rock

More views of the river 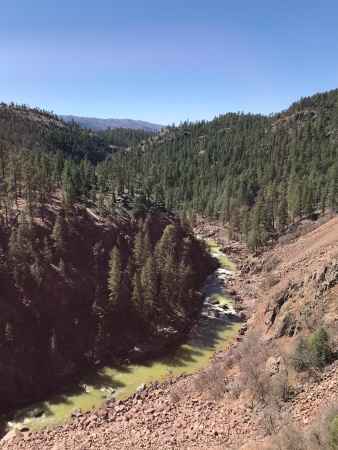 The river looked stunning from our train car window 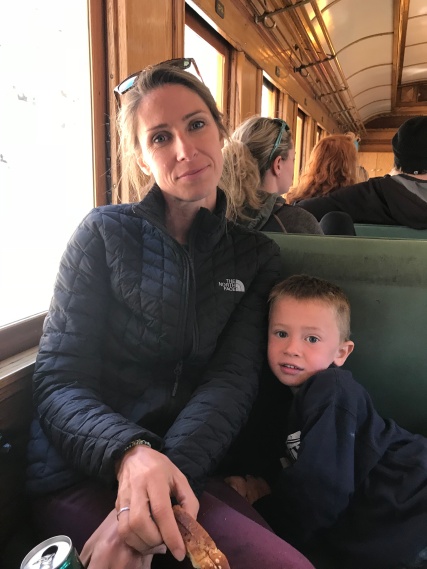 Enjoying the view on our hike 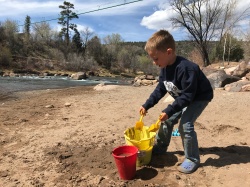 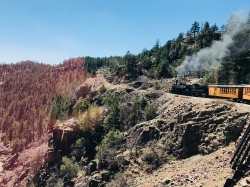 Comin’ round the tracks 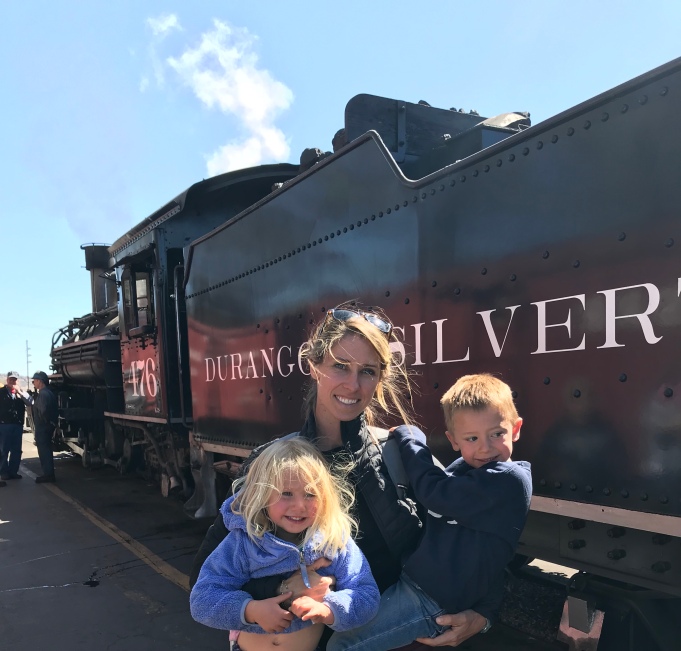 The kids were excited to see a working steam engine – like Thomas!

In addition to the pool, we enjoyed a local hike where the kids had plenty of fun clambering over all the boulders. CJ now repeatedly requests to climb “Pride Rock” – the name she assigns to every large boulder we see on hikes. They spent about 20 minutes having a pretend hyena hunt after we found a large fort some kids had built just off the trail – as you can tell CJ is a big fan of “The Lion King.”

We also enjoyed the Animus river which runs through town. The kids biked along the path that follows the river one evening and the next day we did a short paddle through town ending at a beach where the kids were able to play in the sand and on the rocks.

The big highlight of the trip for the kids was getting to ride the historic Durango-Silverton steam train. We rode the completely refurbished train up through tall pine forests with heart stopping sections that looked straight down into whitewater portions of the Animus. While on the train we met an incredibly nice couple who invited us back to their winery afterward where the woman, Michelle, regaled Liam with stories of her time working on a whale watching boat – needless to say, we will be taking a whale tour when we get to California.

Overall, we were impressed with all that Durango had to offer and could easily have spent another week exploring.