After leaving Sante Fe we headed north to Los Alamos to visit my cousin David and his family. We arrived and were immediately struck by the roving mob of kids that were playing on their street. We parked and introduced ourselves to David’s wife, Jessie and their three children, Maren, Charlie, and Ollie. Within minutes, Liam and CJ had joined the gaggle of kids while we went inside for a drink.

Los Alamos is largely composed of scientists who work at the National Laboratory and is the kind of place where people don’t lock their doors. Accordingly, its citizens appear, in a throwback to an earlier time, to be more comfortable giving their children much more freedom than most modern parents. During our stay with David, our kids spent the majority of the time on their own playing at the neighboring park or at a neighbor’s house. After 3 months in close proximity, the separation was good for all of us.

After spending a couple of days with David and Jessie at their home, we all decided to go camping in nearby Bandalier National Monument which was established in 1916 to preserve the ancient cliff dwellings of the Ancestral Pubelo people. Liam and CJ really enjoyed exploring Bandalier with Maren and Charlie and we enjoyed sharing our lifestyle with David and Jessie who had recently purchased a camper van of their own.

Liam and Maren regularly disappeared from the campsite, exploring the woods or playing games on their own, while CJ and Charlie enjoyed listening to CJ’s library of audio books snuggled in bed together. Maggie thoroughly enjoyed bedtime when the four older kids piled into bed with her for storybook time. 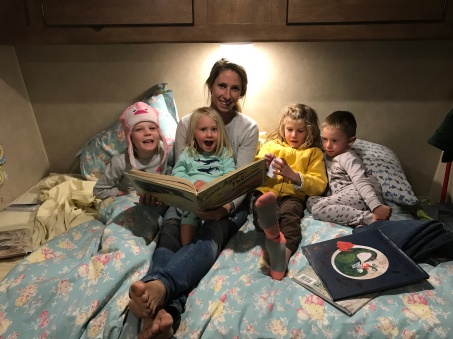 Charlie and CJ listening to some stories

View from the Falls Hike 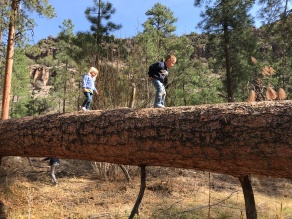 Practicing to be lumberjacks 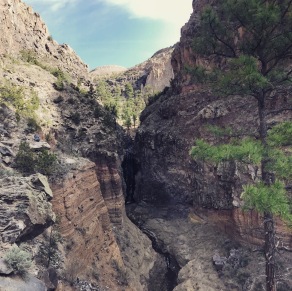 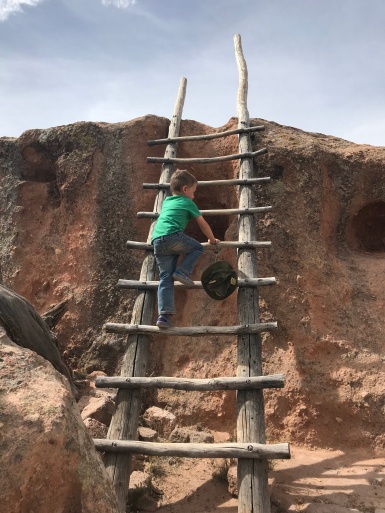 Lots of ladders! The kids loved these hikes

On our final day in Bandalier we did one last hike and began the four hour drive to Durango, CO. About an hour or so into the drive we came across a random, but idyllic picnic table on the side of Hwy 84 and decided to pull over for a rest. The kids were asleep so Maggie and I decided to enjoy a glass of wine and rare quiet moment. A bottle of wine later, we decided to spend the night. On a totally unrelated note, I woke up at 6am with a pounding headache. Unable to sleep, I decided to clean up the area surrounding the pull off which was littered with an obscene amount of trash. I was able to get everything picked up except the big screen TV that was lying in the pastureland (Maggie refused to help me lift it over the barbed wire).

Plenty of expansive views from the mesas 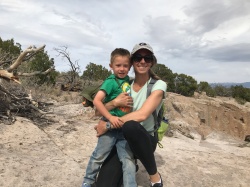 View from our roadside stop 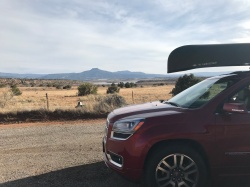 The otherside of our roadside stop 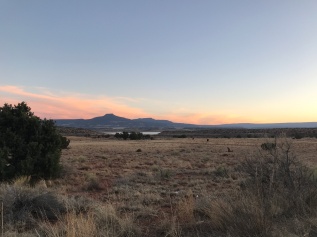 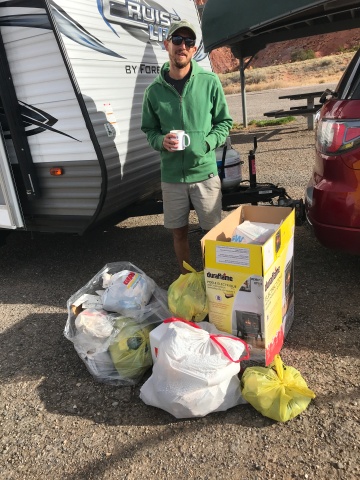