Excited at the prospect of seeing some familiar faces (our friends The Mackens), we started making a beeline for Idaho. Along the way we stopped at a few places in Eastern Oregon, that had it not been for the heat, we might have enjoyed.

First up was Bend, Oregon. We’d heard good things about the town so decided to stop by. It didn’t disappoint, it was definitely a cute little city, saturated with breweries and limitless outdoor opportunities. Rick lived out his vagabond dreams to the max — we boondocked in a Boy’s and Girl’s Club parking lot for the weekend. During our squatter’s stay we checked out “Lego Day” at the local library, hit up the local artists market, stopped by the Deschutes Brewery, and explored some of the city parks. We also ventured outside the city to one of the Cascade lakes near the Three Sisters mountains where we spent the day paddling. Following the weekend, we thought the fuzz might be on to us, so we moved to a more reputable and established RV park in Redmond, the neighboring town. There we gave Rick a free pass to hike Misery Ridge and several other trails in Smith Rock State Park, while the kids and I visited an alpaca farm…I’ll let you decide who had the better day. While in Redmond we also visited the rodeo that was in town, which was a fun time for all. I’m fairly certain Rick is going to be training the kids for “mutton busting” when we return (a rodeo event for kids where they try to ride a bucking sheep). The trip wouldn’t be complete without propping up the local economy, we dropped a pretty penny on new tires for both the SUV and trailer, so depending on how you look at it, Rick’s squatting in various parking lots paid off.

Kids taking the canoe for a spin

Celebrating Rick’s birthday with a paddle

The kids loved feeding the alpacas 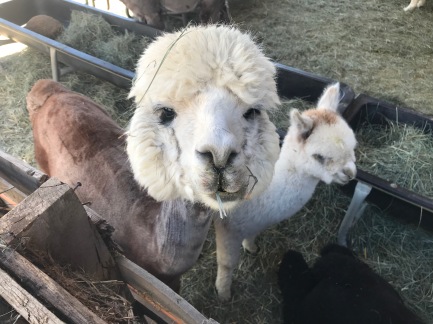 Everyone had fresh haircuts at the farm

After Bend/Redmond, we headed further east to visit the John Day Fossil Beds. Liam is obsessed with prehistoric animals so, with the prospect of saber tooth cats and wooly mammoths, we hit the road. Temperatures continued to increase, and the scenery became more barren, but we found a cheap camping spot on the John Day River where we had the place to ourselves. When we weren’t digging for fossils or visiting the museum, we were on the river. Either canoeing or swimming, being near the water was a must. With no one around for miles and the temperature in the upper 90s we enjoyed skinny dipping at our private beach and catching crayfish in the shallows. 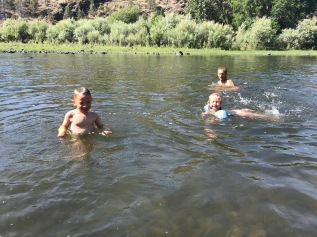 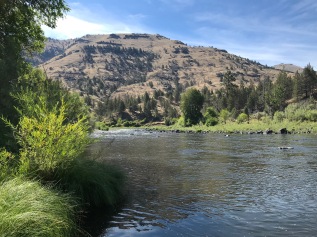 View from our campsite of the John Day 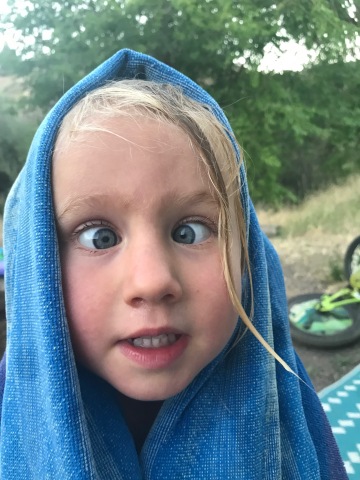 This heat is making us CRAZY 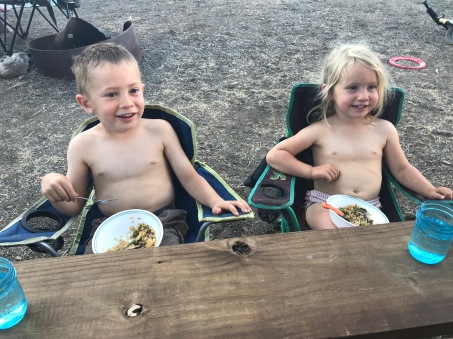 We found several fossils at the fossil beds! 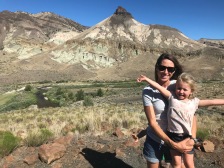 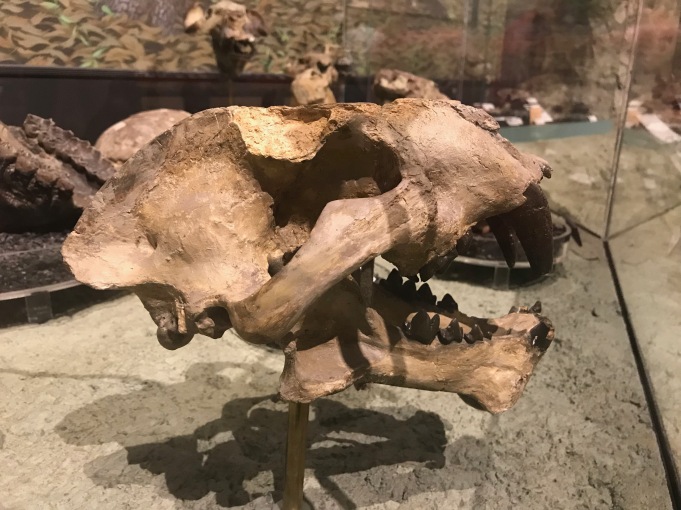 Gluttons for punishment, we headed next to Hells Canyon…often mentioned in the tourist literature for it’s beauty and outdoor potential we thought we’d give it a shot…although we were curious why it had been dubbed “Hells Canyon.” Upon arriving we quickly found out – it’s hotter than Hades. We sweated through three days of 100 degree temperatures that never got below the 80s. I think Rick was holding out because we found a free camping spot on the Snake River, but without electricity to run the AC, I finally revolted and convinced Rick it was time to move on. The only highlight from that miserably hot stint that I can think of, was me catching a fish on the Snake.

One thought on “Bend and Beyond”